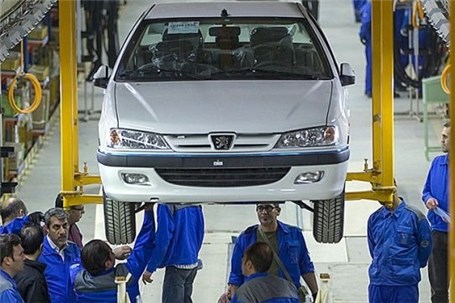 Asre Khodro- Automakers are aiming at a production rate of 3 million units over the next eight years, says the investment director of the Industrial Development and Renovation Organization of Iran (IDRO)

Reporting "Asre Khodro", “The Ministry of Industries, Mining and Trade aims to increase Iran’s annual auto production to 3 million units by 2025," Fardad Daliri said in an interview with the news website Iran Online.

According to plans, 30% of the cars would be exported, he added.

If the automakers maintain this rather ambitious growth rate until 2025, they will have reached a production figure of 4 million cars per year. Therefore production of 3 million cars by 2025 "is not farfetched."

However, Daliri admitted that “The current [poor] quality of locally-produced cars limits Iran’s target markets to a handful of countries.”

As per the Trade Promotion Organization, affiliated to the Ministry of Industries, local automakers exported vehicles worth $36.6 million in the last fiscal (ended March 20). Iraq, Algeria, Lebanon, Turkmenistan and Syria were the main destinations.

Daliri said the Iran Standard and Quality Inspection Company (ISQI) and the Ministry of Industries are working on a new protocol to help upgrade standards for the automotive sector.

"Emission standards, fuel consumption and safety features will be upgraded."

He noted that several models that are being produced for over a decade would fail to comply with the new standards unless their production platforms get up-to-date.

A recent spat between the director of ISQI and CEO of SAIPA brought the issue of the ageing auto production lines into the spotlight.

The managing director of SAIPA dismissed public comments made by the ISQI chief, Nayereh Piroozbakht, about “outdated cars and the need to ban their production.”

She was obliquely referring to the low quality SAIPA's Pride and Iran Khodro's Peugeot 405, which have never risen above one star in ISQI's five-star ranking system.

SAIPA boss Mahdi Jamali said, “Ms. Piroozbakht is overstepping her boundaries…The ISQI is simply not in a position to say whether or not a car should be produced.”

He claimed that “there is ample demand for Pride and SAIPA will continue producing the model till there is demand.” Pride models made by the second-biggest carmaker in Iran are the cheapest cars in the domestic market.

Daliri is of the opinion that “Carmakers will not quit profitable but unsustainable projects [like production of Pride] unless mandatory policies and stringent implementation rules are demanded by the state.”

Iranian carmakers are trying to upgrade their production platforms through joint ventures with foreign firms and local research centers, he said.

The IDRO official warned that in case the Pride and Peugeot 405 platforms do not get upgraded by March 2018, "their production will be banned.”

“The vehicles' body design, engine and gearbox need to change."

SAIPA’s Pride has been produced since 1993 in Iran. The model is based on KIA Pride which was first produced in 1987 in South Korea and Japan.

Peugeot 405 — which latter was offered as Peugeot Pars with slightly different options — has been domestically produced since 1991. The model was first released by the French carmaker in 1987.