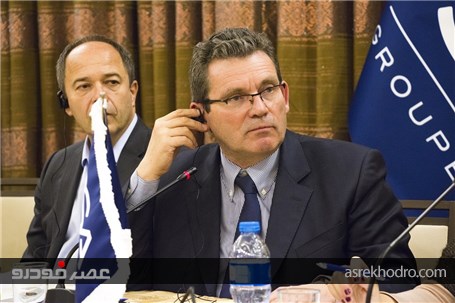 Customs barriers have prevented the growth of localization

AsreKhodro- We have now managed to make more than 20% localization of Peugeot's 2008 production and we are trying to increase this amount to 60% in the future, but some problems have slowed down this operation, Executive Vice-President, Africa-Middle East of the PSA said.

Reporting "Asre Khodro", Jean-Christophe Quémard in a press conference in Tehran said: Everything in Iran has not proceeded as we had anticipated, and we have a serious problem in the financial method in the banking system. We underestimated these problems during signing the contract, but we still expect the macroeconomic world to recover from Iran.

We expect these difficulties to be solved, and interestingly, when looking at competitors, we witness that they are dragging experiencing the same impediments, he continued.

On the other hand, the currency rate is another problem that rapidly rising, which has prevented us from planning for a long-term or short-term and even for the future.

He also argued that the price of our products would naturally be affected by the increase in the exchange rate. He also stated: The best and most cost-effective method for us is localization , but Iran's infrastructure, customs issues and exchange rate fluctuations have diverged us from this goal.

It is true that Renault is a rival, but we are not afraid of this competition because there is competition around the whole world and we are used to it, he also mentioned.

Quémard also pointed out that since the launch of joint comprehensive plan of action we are the largest automobile investor, and After 18 months, we introduced the Peugeot 2008 to the market and the C3 will be launched at Saipa Kashan manufacturing site (now Saipa Citroen).

He announced the number of car parts collaborators involved in the Peugeot project is 76 units, saying, "Almost the same numbers of components are part of the Citroen project with the PSA group."

Peugeot 2008 has entered into the market as the first product of cooperation with Iran Khodro, and the car has all the standards of the day and is also very well received in the international markets, he added.

If deep localization is made, Iran will be competitive in the global market, Quémard said.

The auto part manufacturers should be supported and use the raw materials you have in your country such as steel, copper, aluminum, etc. to produce the final product. Unfortunately, some old manufacturers have not yet updated, he added.

However, I visited a large number of manufacturing companies, whose products and machinery they used, had the globally standard, Quémard said.