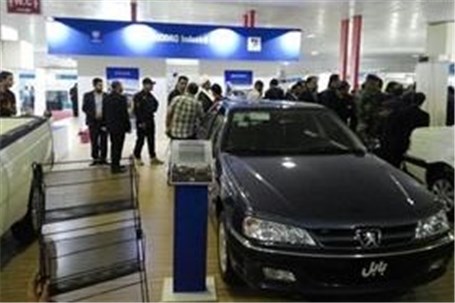 Asre Khodro :IKCO showcased five models at the Sept. 13-15 event, namely Dena +, Runna, and Soren along with two cars produced in collaboration with its French partner Renault’s Logan (locally known as Tondar 90) and Peugeot 207i

Reporting "Asre Khodro" ,A manager at Iran Khodro says the auto company is planning to export vehicles to the Commonwealth of Independent States.

Speaking on the sidelines of the Caspian Industrial Expo (aka Caspindexpo) in Baku, Azerbaijan, IKCO export manager, Sabina Nobari, said, “The company will export cars to all CIS members through its operations in Azerbaijan,” IRNA reported.

The CIS was born after the disintegration of the former Soviet Union in 1991. Its member states include Armenia, Belarus, Kazakhstan, Kyrgyzstan, Moldova, Russia, Tajikistan, Turkmenistan, Ukraine and Uzbekistan. Iran’s automotive industries have ties with several of these countries and the process was strengthened after President Hassan Rouhani took office and said closer ties to neighbors was a foreign policy priority.

IKCO showcased five models at the September 13-15 expo namely the locally designed Dena +, Runna, and Soren along with two vehicles produced in collaboration with the company’s international partners Renault’s Logan (locally better known as Tondar 90) and Peugeot 207i.

Besides IKCO, companies from Lebanon, India, Japan, China, Turkey, Germany, France, Canada, and the US participated in the event.

The Republic of Azerbaijan’s AzEuroCar LLC and IKCO signed an agreement in 2016 to create a joint production plant in the Neftchala Industrial Area, in south-east Azerbaijan. According to Azeri deputy economy minister, Sahil Babayev,   $15 million has been allocated for that purpose.

Speaking at Caspindexpo, Babayev said, “80% of the plant has been constructed and the first vehicles should roll out of the factory in early 2018.”

After it is fully operational the plant will have annual capacity of 10,000 cars and will produce four models, namely Dena, Runna, Soren, and Samand.

While Dena + and Runna are of average quality, auto experts say Samand and Soren have much room for improvement.

Iran Standard and Quality Inspection Company, which regularly tests all light and heavy vehicles,  has often called on the carmakers to improve quality to be able to compete in the saturated international market.

ISQI is a private company that conducts monthly quality and safety tests on behalf of the Ministry of Industries, Mining, and Trade. Subject to strict verifications, vehicles receive one to five stars.

Samand and Soren are sold for $8,700 to $13,500 in Iran. It seems presence of international automakers (through production and/ or imports) in the Azeri market has compelled IKCO to “adjust” the price tag of its vehicles.

According to Babayev,  initially “low-cost” IKCO cars will be produced at the Neftchala production plant and the company will expand products if there is demand in the market.

The Azeri official said, “20% of the cars produced at Neftchala will be exported to other CIS countries.”

IKCO started operations in Azerbaijan in 2005 by launching sales of the locally designed Samand. In the past decade 4,500 Iran-made vehicles were sold in that country.

The company was granted Eurasian Conformity certification for its cars in February, allowing the company to develop new export markets and revive its presence in the northern CIS countries and Russia.

The certificate issued by the Eurasian Economic Union indicates that the products conform to all technical regulations of the Eurasian Customs Union assessment procedures. It is allocated to six sedans produced by IKCO, including Soren ELX, Samand ELX, Soren Turbo, Runna, Dena and 206 SD.

IKCO can now sell in CIS markets with custom exemptions, which should make its prices competitive against cheap imports from China.