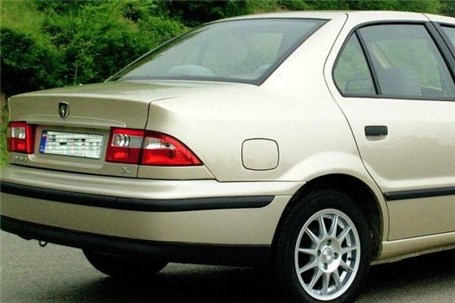 Asre Khodro: SAIPA and Iran Khodro, the two largest Iranian automakers, are participating at the ongoing Baghdad 43rd International Exhibition that opened at the beginning of November.

Reporting "Asre Khodro", More than 400 companies from 12 countries are showcasing their products in a 12,000-square-meter exhibition hall on the eastern edge of the Iraqi capital Baghdad, Persian Khodro, a local automotive website, reported on November 3.

Iran’s two major automakers, who see Iraqi car market as the next best thing to Iran, are also showing their latest domestically made models as well as units jointly made with foreign counterparts.

SAIPA, Iran’s second largest vehicle manufacturer, has exported 135,000 vehicles to Iraq in the past half decade. This year, the company is showcasing the Chinese-derived Ario, the low-cost SAIPA 131 (Saba in Iraq), Tiba, Tiba hatchback and its latest model to hit the roads, Saina.

According to SAIPA officials, extensive sales networks and after-sales services, competitive prices and fuel efficiency are the main reasons for SAIPA’s “strong” foothold in the Iraqi market.

As part of SAIPA’s push to develop its regional market, one of its latest locally assembled products, Ario—a midsize sedan—has been released in the southern Iraqi city of Basra this year.

SAIPA’s Pride, known as Saba in Iraq, is one of the most used vehicles in the market for people on tight budgets and the vehicles are often used as shared taxies in cities like Najaf and Baghdad.

Iran’s largest and oldest carmaker, IKCO, is also present at the event with Dena, Runna, Soren, Peugeot 405, Samand and 405-based Arisun pickup truck.

The company launched its first production plant in Iraq in 2013 and during 2015 produced over 10,000 vehicles in the country.

According to an IKCO press release, the company is aiming to produce at least 3,000 cars per month in Iraq.

The company will also make the Tondar 90 (Dacia Logan) and Dongfeng models in the Arabic-speaking nation.

Although SAIPA and IKCO have made inroads into the Iraqi market in recent years, Korean and Japanese car companies remain the biggest sellers in 2016.

Iraq’s automotive market in the first half 2016 has slumped over 43%, with the worst performance in June.

Kia confirmed the leadership albeit the sales losses, while Nissan and Ford’s shares in the market grew sharply.

According to Focus2Move, an Italian automotive website, Kia sold 5,623 units to have a 36.5% market share and is still leading in the country. This is while its sales have suffered a 51% y/y fall.

As far as the automotive groups’ performance is concerned, the leader was Hyundai-Kia with a market share of 52.1%, ahead of Toyota with 19.9%, Renault-Nissan with 15.1% and Ford with 5.8%.

According to statistics provided by the website, surprisingly, IKCO and SAIPA are not even among the top 25 automakers active in the country’s market.