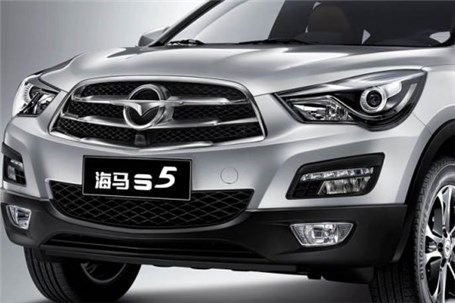 Asre Khodro:Iran Khodro will unveil its Haima S5 small crossover in the coming days at the Mashhad Auto Show, according to sources close to the company.

This latest push to introduce a smaller crossover, comes as several other assemblers like SAIPA, Kerman Motor and Chery are moving ahead and introduction new models at regular intervals.

The car is delivered with dozens of electrical features as standard including a 360 degree camera for parking and Android Auto plug-in.

IKCO already produces three Chinese models under a joint venture license, including the large Haima S7 and two DongFeng models, both of which use Peugeot auto parts.

The latest model is expected in the market later in September or October time.

There is no final price on the vehicle, however, considering the price point of competitors is currently near 650 million rials ($17,000) the car is likely to carry a price tag in this range.

SAIPA Group produces a small crossover named the Changan CS35 as part of a deal with the Chinese car company with the same name. That car currently retails for around 660 million rials ($17,360) in the market.

Meanwhile, Chery, which produces the Tiggo 2 in Iran under the local monker X22 retails its small crossover at around 620 million rials ($16,300).