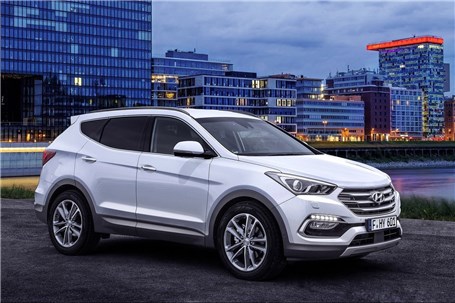 Asre Khodro: Iran Khodro and SAIPA say they want to export 30% of their cars to regional markets. Question: which countries would buy?

Reporting "Asre Khodro" ,Iranian car companies at the minimum are another three years away from seeing the next ‘national car’, based on indigenous design and even then they will not be close to the competition from major world producers in 2020.

Automation and electrification aside, Iran’s auto industry and parts makers are simply not prepared for the onslaught of the next generation of cars likely to flood the regional markets from China, Korea and Japan.

Western expats, from countries with high tax rules get a bit silly when they move to the tax-free high earning countries in  the Persian Gulf Arab countries.

They often buy vehicles which are usually out of reach for their budget in their home countries. And with the glut of vehicles on offer in the saturated regional markets you can have any car you like for a fraction of their prices in Europe and elsewhere.

But, Emirati car dealers would not expect the European buyers to opt for the Iran-made car. If anybody were to purchase the Iranian cars it would be the lower paid expats from India, Malaysia and the Philippines.

Then there is another problem. The UEA in general, and  Dubai in particular, is awash with unregistered cars covered in sand waiting to be rolled out of the dealer’s forecourt.

Take the Nissan Sunny. On Emirati auto sales websites this  car is going for a rock-bottom AED 31,000 ($8,000) and the Korean-built Hyundai Accent comes in at roughly the same price.

There are even Kia Picantos on offer at historically low prices ($4500) due to weak demand in that market for small underpowered vehicles.

An estimated 500,000 Iranians live in the UAE. Dubai is a home from home, with everything from Iranian bakeries and kebab shops being some of the most popular places to buy food.

Those émigrés, tired of the apparent dearth of quality vehicle choices in their homeland, will immediately take advantage of a low-cost Mercedes-Benz or BMW – who wouldn’t.

JVs May Have a Chance

Looking at website’s like Dubizzle.com, the UAE’s most popular listings platform, no Iranian cars are offered in that market, however, joint venture products like the L90 Tondar (Renault Logan), Duster and Safrane are some of the cheapest vehicles on offer.

These foreign brands are the only options for Iranian car assemblers if they wish to meet their 30% export target, which is part of the joint venture obligations signed with the French car companies.

All considered, only the proposed vehicles designed by the French and maybe even some mid-range Chinese cars could possibly stand a chance in markets outside Iran.

One thing can be said with certainty: we will not see cars like the Dena+ or the SAIPA Quick in the wealthy markets in our neighborhood anytime soon.