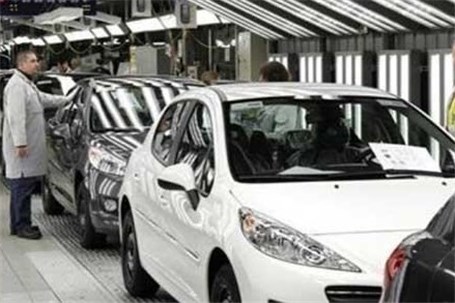 How Iranian Cars Are Viewed Around the Region

Asre Khodro: Iran's automotive industry is the largest in the region, which is evident by the sheer scale of its output and export. However, how the Islamic Republic's neighboring states see and value its auto brands present a totally different picture.

Reporting "Asre Khodro", Iran Khodro and SAIPA, the two largest car producers in the country, have made extended efforts to promote their vehicles around the Middle East and North Africa region that has had historical, linguistic, cultural and trade ties with Iran.
But, as much as these commonalities bonded these territories in the past, that does not seem to have manifested to their love for the Iranian automotive industry.
Iraq remains Iran's largest market for cars in the region, which has been recently consolidated by the inauguration of Iran Khodro's second Arisun pickup production line by Iran's Minister for Industries, Trade and Mining Mohammad Reza Nematzadeh.
Arisun is the latest in many joint ventures between Tehran and Baghdad, with the country hosting production lines for both IKCO's Peugeot 405 and SAIPA's Pride, the latter being the most popular car in that country in terms of sales over the past five years.
SAIPA exported 135,000 vehicles to Iraq during 2010-15, selling the most number of cars in the Iraqi market and outstripping other competitors like the French and Chinese rivals.
But what about their after-sales servicing and prices in the countries around the region: Does the Iranian car hold up its value against international competitors or does it suffer at the hands of better marketing campaigns?
A quick survey of secondhand car sales' websites throughout the region reveals Iranian cars don't stack up against their foreign competition all the time.
In fact, in some markets, the vehicles' depreciation on market value is worrying for Tehran and their future regional dominance ambitions while some actually hold their value pretty well.

Baku to Bonn
On one such website, Avtomobile.az from Azerbaijan presents a selection of Iranian cars whose prices, compared with like-for-like vehicles on Iran's local car website bama.ir, show at least a fourfold drop in value.
One well-kept 2014 Samand Soren model–a relatively expensive local sedan—with 54,000 km on the clock can be had for just $3,000, which in local money total 108 million rials. The equivalent local version comes in at 369 million rials ($10,652 at market exchange rate).
The same website lists a 2015 model of SAIPA'a Tiba with 12,000 km on the speedometer at $5,000 or 150 million Iranian rials. This is while customers have to shell out 250 million rials or $6,950 US for its equivalent in the Iranian market, which is again more expensive.
But could the Baku market be similar to Western Europe's? As cars in German, French and British markets are competitive and lose their value faster, could it also be true about Iranian cars devaluing steeply in a competitive market?
As IKCO pushes further into regional markets, price discovery tells a very interesting story.
Baghdad or Bust
The Azeris are not the only group to tag a price considerably lower than what they are sold at in the Iranian market. Baghdad, the traditional partner of the Iranian auto industry, also charges interesting prices for Iranian cars.
Iran Khodro's Samand is sold both to low/medium income buyers but also as a taxi. Samand is sold at 9 million dinars ($8,300) in Baghdad, indicating that the Iraqi market also suffers from inflated prices. The price in Iranian rial is 288 million, which is slightly higher for the same car.
Considering the current conflagrations in the Iraqi market, one can expect prices of commodities in that neighboring market may be open to fluctuations due to supply problems from the Western flanks.

Yerevan Fortress
Iran Khodro made a push into the Caucuses region as most IKCO-badged vehicles in that market are from 2008/9. Newer cars are impossible to find on the secondhand websites.
Autopro.am, an Armenian auto listing website, lists a Samand in that market with 190,000 km on the clock, that retails for (Samand written on the door) at $4,500 or $162 million rials.
IKCO's and SAIPA's other vehicles have not broken the fortress like Armenian market, where prices of cars hold stiff against discounted European, Japanese and Chinese competition.
From Russia With Love
The Russians received a consignment of Iranian cars around the same period as Armenia with 44 such vehicles listed on drom.ru, most of which are ex-taxi fleet, and the newest of those vehicles is from 2008.
The most expensive model, with over 85,000 on the clock, is priced at 270,000 rubles ($3,600) or 129 million rials.
There is even one Persophile Samand owner on the outskirts of Moscow who has listed a very special modified version of sedan with Kalashnikovs embedded on the back seat and a "Death to America" theme specially sprayed around the car.
The remaining Samands are well used, with a majority averaging 80,000 km or more. A smaller percentage have missing parts, adding to the concern that the vehicles don't have access to spare parts in that market.

Future Autoscape
International sanctions placed on Iran over its nuclear program in recent years may have had unforeseen effects on the local car industry's ambitions for regional dominance.
Since the advent of sanctions, the emergence of China as a serious player in the Asian market has ridden roughshod over the previous growth by Iranian automakers in those markets.
Looking into regional markets from a variety of sources, the low cost of those vehicles and the higher end features on offer easily gain new fans in developing markets, outstripping what Iran has to offer.
In the Azerbaijan market, Geely, Lifan, Haval, Great Wall and a host of other commonly known Chinese brands now exist, as to do they in other regional markets.
Like in the Iranian market, the Chinese brands are desperate to boost their market share and they are likely to continue to grow with finance deals easily available.
Where does this leave the Iranian auto players in the post-sanctions era? Despite the uphill struggle in the short to medium term, the future of Iranian car exports may experience a resurgence as auto deals such as those with Peugeot et al are expected to change the landscape in the coming decade.