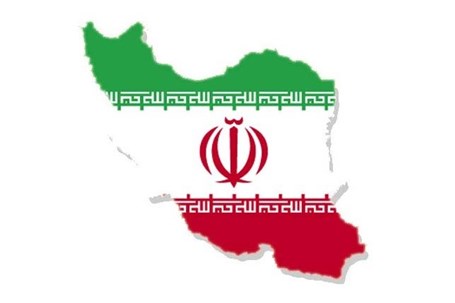 With Sanctions Behind, Iran Looks Ahead

Asre Khodro - The lifting of sanctions on Iran following its nuclear deal with global majors in 2015 has opened up a world of opportunities for global companies to foray into.

Reporting "Asre Khodro", Iran is a largely untapped market at a time when global trade remains somber, reads an article published by Frontera News, a multinational company that provides investment research, business news and risk analysis on the world’s frontier and emerging markets, according to its website. Excerpts follow:

Since Jan. 2016, global companies have been lining up to assess and analyze if and how they can become part of Iran’s growth story.

British company Vodafone Group Plc is building mobile network infrastructure in partnership with a local company. French automakers Peugeot and Renault SA are expanding base in the country for building and selling cars.

Iran is rich in energy resources. According to BP Statistical Review of World Energy 2016, the country has 9.3% of the world’s proven oil reserves and 18.2%–the highest–of the world’s proven natural gas reserves. It is also home to the largest known gas field in the world–South Pars–which it shares with Qatar. This makes Iran’s oil and gas sector a lucrative one for global energy companies.

One of the first deals signed with Iran after lifting of its sanctions was by French energy giant Total SA, for the development of Phase 11 of the aforementioned gas field. The deal, valued at $4.8 billion, saw Total emerging with a share of 50.1%, with China’s CNPC taking 30% and Iran’s Petropars with the remaining 19.9%.

Though the deal did not come with any investment commitment, it did exhibit the renewed interest global companies have in doing business again with Iran.

One of the sectors, which has seen heightened interest from global players, is Iran’s auto sector. French carmaker Peugeot has partnered with local company Iran Khodro for manufacturing passenger vehicles.

The Wall Street Journal reported that another French vehicle manufacturer, Renault, sold 15,230 cars in Iran in February, up 175% from a year ago.

This high interest to do business in the country is reflected in foreign investment figures. An official release by Iran has shown that government-approved foreign direct investment jumped from $1.26 billion in 2015 to $11 billion in 2016.

Iran’s economic growth story has been quite appealing to foreign firms.

According to the International Monetary Fund, the country’s gross domestic product grew 7.4% in the second half of the Iranian year that ended on March 20, 2017.

In its Global Economic Prospects report published in January, the World Bank forecast a 5.2% GDP growth rate for Iran in 2017.

The lifting of economic sanctions has provided a boost to the image of Iran as a business destination. However, substantial challenges remain for companies looking to set up shop in the country.

According to the World Bank’s Doing Business report, the country ranked 120 among 190 nations in terms of ease of doing business in 2017. This was a decline from the 117th rank it was placed at a year ago.

When it comes to trading, the time and cost to both import and export, relating to border and documentary compliance is quite high as compared to the Middle East and North Africa region in general.

There has been a marginal improvement from a year ago, as the country has made across the border trading easier “by improving and expanding the services offered by the national single window”, the World Bank notes.

Though several companies have signed deals with the country, some of them remain in the preliminary stage and are yet to be finalized. Most of these are from the energy sector.

The primary reason for this hesitancy by global companies is due to worries that the US administration may take steps that could harm their business interest if they finalize accords with Iran.

During an interview in February, Total SA chief Patrick Pouyanne had informed that it would await clarity of stance from the administration of US President Donald Trump before completing its South Pars offshore gas field deal.

Another reason for caution by some firms is the steep learning curve that they need to undergo in order to be successful with their business. Unlike several other emerging and frontier markets, Iran presents a challenge in terms of getting work done smoothly and on time due to the slow political and bureaucratic machinery.

The United States is still taking a hard stance on trade ties with Iran. Though the US has removed some sanctions on the country, it still has in place some others. There is no sanction on oil exports from the US, but sanctions on financial transactions continue to linger.

US companies already require special permission from the Treasury Department to operate in Iran. And the fact that Trump can impose fresh sanctions on the country puts Iran further out of reach for US companies.

The only significant deal coming from the US to Iran has been from aircraft manufacturer Boeing, which has signed deals for 80 planes worth $16.6 billion with Iran Air and for up to 60 single-aisle planes to Iran Aseman Airlines.

However, it still has not received the final nod from the Treasury to close those deals. Lawmakers, including Marco Rubio and Peter Roskam, have written to the president to block airplane deals with Iranian companies.

On the other hand, Airbus, the European competitor of Boeing, has been signing deals to elevate its standing in the lucrative airplane market of Iran. The latter’s fleet is aged and, given the size of the market, presents a compelling opportunity to do business. The joint venture of France-based Airbus and Italy’s Leonardo has signed a deal with Iran for planes valued up to $1 billion.

The United Kingdom has shown keenness in the opportunities Iran presents. According to official numbers, UK’s exports to Iran from January to October 2016 rose by 42% from the same period of a year ago.

Iran sent its first shipment of natural gas condensate and crude oil to the UK in October last year.

Given Brexit, the removal of sanctions on Iran could provide an opportunity for British firms to expand business ties with the country.