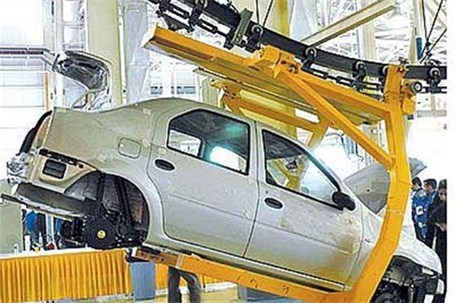 Reporting "Asre Khodro", According to latest statistics published by ISNA, Iranian companies produced 68,074 cars, vans, buses and other commercial vehicles during the month, 11,398 units more than in the same period the previous year.

The number of cars produced by local automakers during the one month period has seen a 23.9% growth y/y, reaching 64,574 units from last year’s 52,121 units.

This is while Pars Khodro produced 9,595 cars in the first month, registering a 45.3% growth in production y/y with its production of China's Brilliance models.

Chery's production was a distant fourth and with 3,588 vehicles, the company saw a 29.2% growth.

Kerman Motors production of Hyundai, JAC and Lifan was also up, with 3,121 cars produced indicating a jump of 113% over the previous year.

The production of minibuses saw a significant y/y jump of 261.5% to reach 47 units compared to the prior year’s 13 units.

Truck production observed the lowest growth rate with a 3.6% y/y jump, with production reaching 465 units during the same period.

The current fiscal year may be transformational for the local car industry as several deals are underway and those already signed could push up car sales further.

The firms have approximately 2.5 years to produce the new vehicles.

These vehicles include the 2008 crossover model now in production, and the soon-to-be produced 301 Sedan and the Peugeot 208 hatchback.

Renault is also pushing ahead with the production of several models it intends to bring into the Iranian market, including the Kwid which it is looking to sell in Iran, as well as the Sandero and Sandero Stepway models that are already under production.

According to last year's data, total car production hit 1.25 million during the 12 months that ended on March 20.

The industry saw a 40.7% growth in auto production year-on-year, according to the Ministry of Industries, Mining and Trade.

Production delays during the previous year put off many people from purchasing a new car for fear of getting a raw deal and with the expectations that something better may be offered by one of the several companies entering the market, for instance Renault.