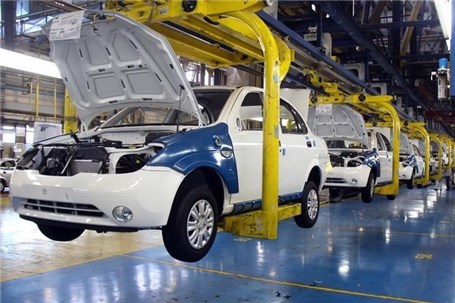 Asre Khodro - Based on the goal of the year 1400, the production of lightweight vehicles reaches two million units.

Reporting "Asre Khodro", The Ministry of Industry, Mines and Trade recently has released a second edition, which outlines the ministry's strategies for developing the country's industrial sector.   Part of the strategic plan of the ministry is in the field of industrial automation strategy, according to the news agency Asrekhodro , quoting ISNA.
In this program, solutions are expected for the development and expansion of the quantitative and qualitative of the automobile industry and parts of Iran in various areas, including increasing the circulation of automobile production by 1400.
In this context, it is anticipated that in the year 1400, the production of all types of cars, including rides and pickups, should increase to 2 million.
This target has been forecast for the current year (1396) to expect a production of one million and 500 thousand vehicles.