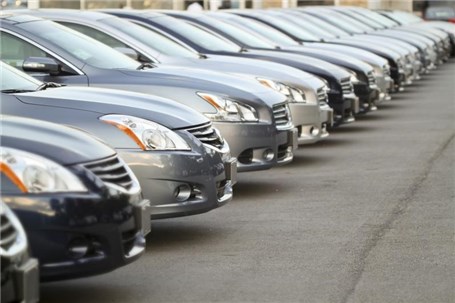 The importers hesitation in the production path

Asrekhodro- Despite the fact that the Ministry of Industry, Mining and Commerce proposal for the "Regulations on the import of automobiles and how to cooperate with foreign car companies", which carriers are still obliged to produce, is still in the government, some of the importing companies have been taking a small steps to fulfill this goal.

Reporting "Asre Khodro", The Ministry of Industry has sent a plan to change the rules of car imports to the government since the last autumn.A plan that tied up car imports to production.
In this regard , we could mention to  MG China products, manufacture Hyundai, Lifan and Jack, or purchase some of the production lines from importers and rent them to domestic automakers or to manufacture Geely, that were previously imported into Iran by CBU.
Now with the arrival of some car importers on the road, the question arises whether importers can provide the ministry's goals in the field of production?
The importance of answering this question is due to the fact that the Ministry of Industry in the post-Sanctions period, by setting regulations for the organization of car imports, stopped importing from informal agencies and other businesses at the first stage, and now it is exclusively available to official dealers in the ministry On the second step, according to other guidelines, they are bound by the car production and also exporting.
Accordingly, the industrial policyman is currently in the form of "Instructions and rules for importing cars and how to cooperate with foreign automobile companies" , Importers have been tightened up to work on issues such as employment, value added, exports, segmental growth, and ... in line with the country's economic goals.
. In this regard, the industrial authorities emphasize that if foreign car companies are willing to operate in the car market of our country, they have to produce for the market share they are given.
On this basis, the ministry's officials are trying to prevent the entry of similar goods to the country as much as one of their goals is to develop the automotive industry with control over imports into the country.
Despite the fact that some experts consider this policy desirable, but some experts, with the lack of being economics , find it the disturbance of the market.
According to Experts's opinion, involvement of importers in production, while boosting employment and increasing added value, can provide the basis for the development of the automotive industry, Because the arrival of foreign carmakers to produce in Iran has brought in technical and technological knowledge to the country, this will pave the way for the development of the automotive industry.

In this case, Automotive industry expert Hassan Karimi Sanjari, in an interview with the "world economy, mentioned:
The policy of the Ministry of Industry, based on the constraints of importing importers, can not be a future for the automotive industry, since they only take actions to resolve the task.
Referring to the fact that in some contracts, importers began to produce old products from automakers, he said:
If the importing company intends to follow some kind of instructions from the Ministry of Industry by producing one or two of its old products in Iran, but on the other hand, it will not be able to enter the country updated products of its own, it can not be said that the ministry succeeded in achieving its goals.
Meanwhile, an expert on the automotive industry, Farbod Zaweh, said: The goals of the Ministry of Industry will not be met by these guidelines, as this is a non-expertise plan and aimed on removing importers and creating markets for domestic automakers.
He believes that since one of the most important barriers to import is tariff policies,
Therefore, those importers who have already taken action for production, have just chosen this route to use tariff discounts.
Referring to the fact that the assembly of imported vehicles in Iran is not economical, he says: This issue can not add value to the car industry because the cost of these products is high and the final price of the car is similar to the price of imports.
Manufacturing is called economic when that leads to lower costs, and the price is also in the interest of the consumer.
If the production or assembly of products can not fulfill this goal, then it is not an economic investment, and it is more than an assignment.