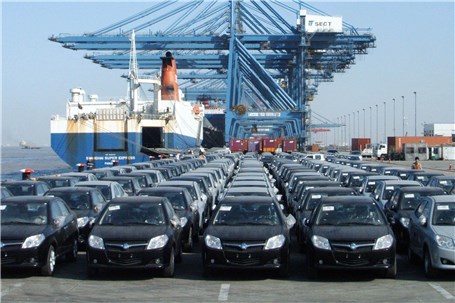 Asrekhodro- The head of the trade development organization mentioned yesterday at a news conference with the media that In the new car import directive, it will give concessions to foreign automakers who are willing to produce in Iran.

Reporting "Asre Khodro", this is while an informed source announced that the Ministry of Industry, Mining and Commerce has reduced tariffs on imports in the new car imports directive for importers who supply infrastructure in Iran.
In this news program, Mojtaba Khosrotaj reiterated the Ministry of Industry's view regarding to investing in credible foreign brands in Iran that,
The Ministry of Industry, Mining and Trade has been following the import of cars, relating to production since early autumn last year;
As the ministry endorsed last year's proposal for "Guidelines and Regulations for the Import of Automobile and How to Work with Foreign Automobile Companies", it was sent to the Cabinet; the Ministry of Industry in the terms of this instruction drew attention to the fact that imports were subject to production and the necessity of creating infrastructure Importers have emphasized.
The prolongation of the review process of this instruction at the State Infrastructure Commission led to the decision to conclude with the end of the eleventh government;
Following the closure of the registration site, the import of cars by the Ministry of Industry, Mines and Commerce was the main hope of the designers of this directive that the government agreed to these instructions, but the result was not achieved by the Ministry of Industry of the eleventh government.
With the start of the twelfth government, the scheme for import subjection to production was abandoned, and the re-opening of its registered site was subject to changes in car import laws through the tariff instrument.
Now that the Ministry of Industry, Mines and Commerce has sent its new car import authority to the government, it has considered the increase in car import tariffs, which seems to re-start the car production by car brands that are now importing on the agenda, They are entitled for this new instruction.
As it is said, the ministry in a new directive intends to discuss the production of cars from reputable brands in Iran through tariff reduction incentives.
In other words, foreign brands that have a high share in our country's car imports will be subject to a 50% reduction in tariffs if they are willing to produce in Iran.