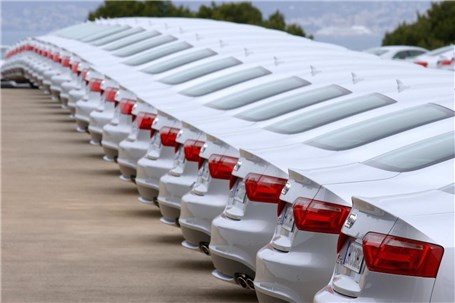 Instructions for vehicles importing is announced

Asre Khodro- The customs ceiling and the import condition for cars above 2500 cc was determined.

Reporting "Asre Khodro", according to the official order by first vice-president to the Ministry of Economy and Ministry of Industry, tariffs for car imports increased, and imports are possible only under two conditions: customs value less than 40 thousand dollars and engine displacement below 2500 cc.

In this respect, the customs value limit for imported cars was set at $ 40,000, and tariffs were set in three groups, quoted by Fars base on Asrekhodro report.
Meysam Rezaie, head of the Association of Automobile Importers, expressed to Fars in this case:

According to this instructions , cars with a engine displacement of up to 1,500 cc, and used to entitled of 40% import tariff, has been subject to 55% from now on, and in the case of cars with a capacity of 1501 to 2,000 cc, with a previous tariff of 40% In the new standards, were set at 75%. Also, the import tariffs for engines with a displacement of 2001 to 2,500cc which previously was 55 percent , are now set at 95 percent.
In the new announcement, the first vice president did not set tariffs for imports of vehicles with a motor capacity of 2500 cc and import is still prohibited, he added.

The Fars News Agency released the details of the tariff and customs ceiling for imported cars on December 18, These details were approved by the government's Infrastructure Commission and now it is finalized in the latest announcement.

According to this decree, the entry and rights of passenger cars and diesel vehicles with a engine displacement of 2500 cc will be determined by the Cabinet of Ministers.