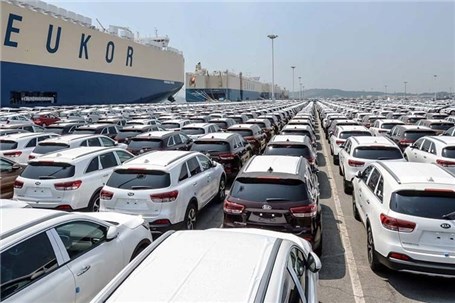 The Justice Court's response to the statement of the Minister of Industry;

The order to stop the increase in vehicles tariffs is binding

Reporting "AsreKhodro", Mohsen Ghaemi Nasab, during an interview with the reporter of the justice group of the Young Journalists Club, according to the news agency of Asrekhodro, stated concerns of the ruling of the Administrative Justice Court on the subject of increasing car tariffs.
"The temporary order to suspend the approval of the Cabinet of Ministers on the increase of car import tariffs was issued in accordance with Articles 34 and 35 of the Law on Administrative Procedure of the Court of Justice, and, in subject to Article 39 of the Code of Civil Procedure, the organizations, departments and agencies, and the agents of the complaint after the issuance and notification of the order Interim orders, are required," he announced.
"The approval decision to increase car import tariffs is related to the Cabinet of Ministers, and, as a rule, the decisions of the Administrative Justice Court are communicated to the relevant authorities, which also announces the intention to suspend the operation of the car import tariffs approved by the Cabinet of Ministers in January," he added, regarding to the Minister of Industry, Mining and Trade saying that he had mentioned, not yet received the interim order of the court and I did not see it.
"And if they do not act on the order of the Administrative Justice Court, they are considered to be liable to pay legal fees.
The issuance of an interim order regarding the approval of the Cabinet of Ministers is within the jurisdiction of the Tribunal and means the interim order is to suspend all enforcement operations of the enacted law until the final determination is made by the General Board of the Court," he reminded.
"According to the law, the issuing branch sends the interim order to the general board after issuing for the consideration of the subject matter of the case, and the board will also exchange the bill in accordance with its procedures and mechanisms. The matter will be carefully considered and if the absolute majority of the members of the specialist commission have filed a complaint, the matter will be sent to the panel of experts for the final decision to be submitted to the general meeting," Ghaemi Nasab continued.