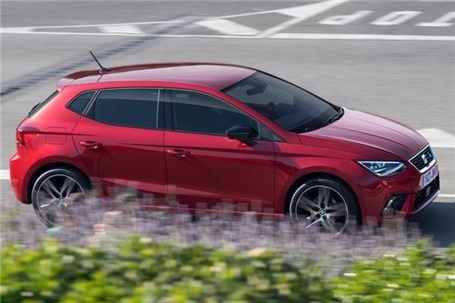 Authorities Indifference to the withdrawal of European car companies from Iran;

Asre Khodro- While three weeks ago, the Spanish company SEAT, as one of the subsidiaries of the German Volkswagen group, officially announced its withdrawal from investing in the Iranian market. So far, none of authority has taken an official action or announcement on this incident which could be ending to exit one after the other of Volkswagen subsidiaries from the Iranian market.

Reporting "Asre Khodro", despite the fact that the attraction of international investments and the entry of large global companies for the participation and production of cars in Iran has been one of the main goals of the (J.C.P.O.A) in automotive industry, officials from the Ministry of Industry, Mine and Trade and other top authorities of the country have not had any reaction to the formal announcement of withdrawal of SEAT presence and investment in the Iranian market.

This indifference and silence is taking place while the company's presence as a member of the large Volkswagen family could be a serious benchmark for the business environment in our country's automotive industry, and it is unlikely that the decision to exit the Iranian market will soon extend to other members of the Volkswagen family , something that is happening based on the hearings, and we may soon see the departure of another giant European heavy vehicles from the Iranian market.

The twelfth government, which is under the most pressure from its voters more than ever, has not shown any clever moves in the Iranian automotive industry. In the meantime, the eastern industrial development of Iran's auto industry is undergoing rapidly, and Western companies, besides the French, are still stuck behind the doors.

The number of Western companies that are daring to enter the Iranian market is very limited, and the clear reason is the large market for these companies in the United States. Western companies are wary of having a strong presence in the Iranian market because of the widespread financial benefits of the US market, and they usually prefer the unofficial and unpopular presence. In such a situation, the official announcement of the presence in the market by SEAT and Volkswagen could have been a chance to taboo breaking of our country's market, which seems to be fading , and worse, the authorities, without paying any attention to the consequences of the withdrawal of this Well-known Spanish company, not only do not attempt to change the decision of the executive directors, they are not even willing to examine the reasons and talk in this regard.
Meanwhile, companies such as SEAT and this giant European automobile maker who have long been eagerly seeking to overcome barriers to the presence in the Iranian market and willing to show their goodwill repeatedly to gain our trust. What is the role of such companies? Is not our goal to absorb technology and capital?

How come an officiant person, despite the orders of senior government officials, is capable of standing uncontrollably and unequivocally on the pretext of asking a government and nation to stand up to no one? Doesn’t it indicate the fist of the pile of government department?

More than two years of efforts have been made to participate in the car market in Iran, and all possible ways have been reviewed over and over again. But because of the chaos in management, only one person can stop the entry of a large and powerful company and Known for the development of investment and the arrival of technology in the world to Iran.

For weeks, we are involved and confused with the fate of this brand, and think about it all the time, such a problem that is easily solvable.