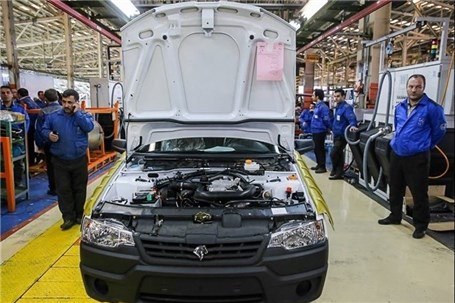 Asre Khodro: Announcing plans for vehicle cooperation between Iran and Italy, the visiting Italian deputy minister for economic development said Italy will help Iran to become the 8th car manufacturer in the world.

Reporting "Asre Khodro", Speaking at Iran and Italy trade conference, Carlo Calenda emphasized that his accompanying delegations’ mission is the take the level of trade between the two countries to the highest level; “machinery, mechanics and automation equipment consist 60 per cent of Italy’s export to Iran.”

“We are trying to get Iran to the eighth global manufacturer of automotive until 2018 since Italy enjoys a wide choice of car production equipment and is able to expand cooperation with the aim of resuming production of energy,” added the Italian deputy minister of economic development.

He further asserted that “during the large-scale economic mission, more than 700 meetings are scheduled to be conducted between Italian and Iranian companies in Tehran in order for various forms of cooperation and joint venture to come to fruition.”

“Despite the sanctions in recent years, Italy has been an important trade partner for Iran being Iran’s second largest trade partner in Europe,” said Calenda underlining “we seek to become Iran’s first partner which demands increasing work quality to an acceptable level.”

The official continued, “the trade turnover between Iran and Italy reached 7 billion dollars in 2011 and we hope to experience a similar amount within the next two years.”

“Rome will host the next meeting of Iran-Italy joint commission and the state visits are considered as invaluable assets for the two countries,” Carlo Calenda concluded.