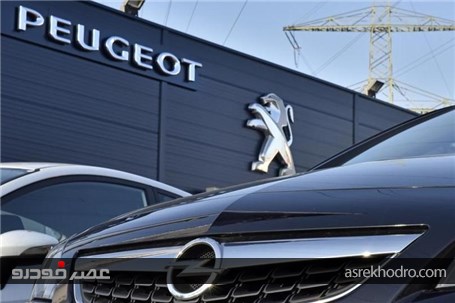 Asre Khodro - The fourth edition of Iran Automotive Industry International Conference was held February 12-13 in Tehran at the iconic Milad Tower Conference Hall. On the sidelines in a panel discussion, the CEO’s of Peugeot and Citroen expressed their views on their future plans in the country.

He said Peugeot’s priorities for working in Iran are to transfer technology and make direct investment, and note that production of the Peugeot 2008 “would start before the coming Persian New Year” in March, but did not mention the price range of the new model.

Linda Jackson CEO of Citroen pointed to the framework agreement for creating a joint venture to produce Citroen cars in Iran. The deal was signed in October 2016. She added that cars will roll out of the factory in Kashan in early 2018.

Jackson added that her company relies on “historical partnership” with SAIPA. The two partners have been working together for nearly 50 years and 2017 will mark the comeback of Citroen to Iran, she noted.

The long-term cooperation encompasses a wide range of sectors including engineering, purchasing, manufacturing, selling and after sales service, she told the panel.

Noting that Citroen wants to shake up the rules and stand out with cars that are recognized at first sight, she said, “Citroen is a people-minded brand providing new responses to the changes in auto consumption patterns.”

The Kashan factory will be the “most up-to-date car manufacturing plant in Iran and has potential to reach the highest levels of quality.”  An estimated 30% of the products jointly manufactured at the plant will be exported in the region as per the government regulations.

Quality control measures in factories across the world will be observed at the Kashan plant. Also the same level of customer service will be offered because product quality is not the only thing that matters, she noted.

“PSA will be making 3 Citroen models with up to 70% localization. All models will be among the new generation of cars and will be launched in Iran shortly after their global launch.”

The future cars have Euro-6 standard and comply with the EU’s 2020 environmental regulations which stipulate low emissions.

“We will set up a dedicated network selling Citroen cars and SAIPA has sole distribution rights. Sales will start with the Citroen C4. We will uphold global standards and provide efficient after sales service while providing industrial and technical expertise,” she said.

Later on in their session, they were joined by Jean Christophe Quemard PSA Peugeot Citroen’s executive vice president for Africa-Middle East.

Quemard said he has come to Iran “to show his commitment to the brand.”

When asked if US President Donald Trump’s policies and anti-Iran rhetoric will affect the course of the company’s decisions in Iran, the officials noted that their business is based on legal guidelines. The group is serious about doing business in Iran, and both parties consider this a win-win agreement.

“We will be transferring technology so that IKCO will be able to use it on their own.”

He noted that the cars made in Iran will have the same specs as global versions except for powertrain adaptations made for driving conditions in Iran.

“We must reach at least 70% localization and although it’s not easy it will be done,” Quemard said.

PSA Group has invested 400 million euros in the JV with IKCO to produce three  models. A similar amount has been invested in the SAIPA JV which will see three new Citroen models roll out of the factory.

Quemard added that the cars produced at Kashan will be sent to other countries in the region. To help ensure the export plan, the three models which will be made in Iran will not be produced elsewhere in the region.

Roughly 200,000 cars will be made under the JV with IKCO and 150,000 units in collaboration with SAIPA, this shows that we are thinking long-term, he said.

Quemard concluded by saying that “we have nothing against working with private partners,” our DS brand is working with Arian Motors to distribute in Iran.