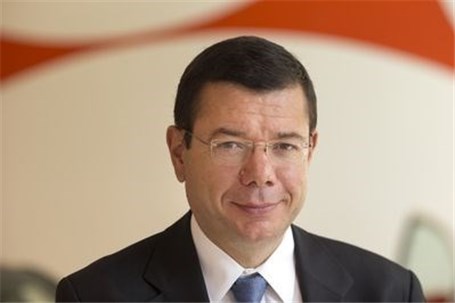 Asre Khodro - The French maker of Peugeot, Citroen and DS cars shrugged off the woes hanging over its German rivals as cost cuts and a revamped lineup of pricier models lifted profits and boosted shares to the biggest gain since April.

“We improved the performance of all our divisions,” Chief Financial Officer Jean-Baptiste de Chatillon said on a call with journalists. The automotive unit “delivered a performance level that more than compensated for headwinds,” including lagging Chinese sales, currency effects resulting from Brexit and rising raw material costs, he said.

Chief Executive Officer Carlos Tavares is counting on new models, international expansion and the acquisition of General Motor Co.’s European operations. While the Paris-based manufacturer is struggling in China, where sales of its cars almost halved since the start of the year, the recurring operating margin at the auto division grew to a record 7.3 percent of revenue from 6.8 percent.

The mix of high-end to mass-market models was the largest contributor to the jump in operating income at the auto division, adding 456 million euros, de Chatillon said. Peugeot, Citroen and DS all increased their average prices, according to an investor presentation.

Europe’s second-biggest carmaker is acquiring the Opel and Vauxhall brands from GM to gain scale in its home continent. The companies are on track to close the deal before the end of the year, with authorization still pending for Opel bank, the CFO said. Global unit sales rose 2 percent in the first half, the company reported earlier this month. Excluding Iran, where the automaker created joint ventures to re-enter the country, deliveries of PSA’s vehicles declined by more than 10 percent.
The most important business stories of the day.
Get Bloomberg's daily newsletter.

As the U.K. government is joining France in planning to ban sales of diesel and gasoline-fueled cars by 2040, effectively favoring electric vehicles, the price of battery-powered cars remains “a huge challenge,” Tavares told analysts. Western governments won’t be able to sustain sales with subsidies once electric vehicles become more common, he said. In the investor presentation, PSA reiterated plans to make 80 percent of its vehicles available in electric versions by 2023.
Diesel vs Gasoline

For now, the carmaker is responding to a demand shift from diesel to gasoline engines, which are less profitable for PSA. The auto manufacturer has been importing gasoline engines from its Chinese plants to meet European demand.

The company on Wednesday confirmed targets laid out last year in Tavares’s Push-to-Pass plan. PSA sees automotive recurring operating margin of more than 4.5 percent on average over the 2016-2018 period and above 6 percent by 2021. It’s targeting revenue growth of 10 percent between 2015 and 2018, with an additional 15 percent increase by 2021.

PSA upgraded forecasts for some of its key automotive markets. In Europe, it predicts the market will expand by around 3 percent this year, up from an earlier estimate of about 1 percent. In Latin America, it sees 5 percent growth, versus 2 percent previously. In Russia, PSA forecasts a 5 percent expansion, up from no growth. It stuck with an estimate of 5 percent growth in China.