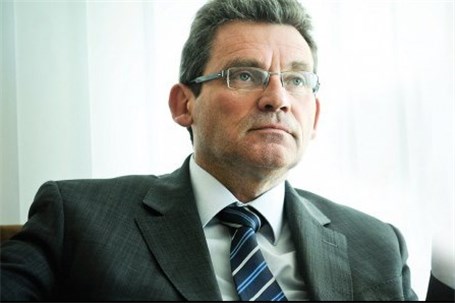 Our new contract is different

Asre Khodro: “Conditions for business with Iran are now available and success can be achieved in this country.” declared superior rank of Peugeot Citroen PSA in an interview with Khodro Emrooz.

Reporting "Asre Khodro", “The nuclear agreement facilitated the conditions to do business with Iran.” admitted Jean Christophe Quemard, member of the board and EVP of Middle East & Africa, PSA Peugeot Citroen in an exclusive interview with Khodro Emrooz.
“Naturally the nuclear agreement and the lift of the sanctions put the transactions and banking trades back in order among Iran and other countries. But it is obvious that direct investments and starting huge projects in Iran are impossible to do right now, not only for us but also for all of the western countries.” said Quemard in answer to Khodro Emrooz interviewer question about the connection of nuclear agreement’s effect on doing business with Iran.
“PSA Naturally has his own markets and a comprehensive look over the existing potentials in Iran.” he added in reference to the evaluations and their foresight of Iran’s market.
“The signed present contract is different than other contracts signed between PSA and Iranian partners because the cooperation is in joint venture form and both parties will benefit the outcomes equally and have a common future together. Our cooperation back in the past was just to sell parts and give licenses but now is in form of investment and production. Now we are to transfer more technologies from France to Iran therefore the basics of this contracts are totally different.” Quemard added.
“This investment is a mutual partnership and success is achieved only when both parties are satisfied. But when if they face sanctions and limitations one more time, they will have problems like all other companies. We have signed contract and therefore we are committed to invest in Iran and have long term presence. If any problems happen, further decisions will be made internationally” said PSA Peugeot Citroen EVP of Middle East & Africa about the stability of such contracts. As he mentioned, Iran is the only country of the Middle East in possession of auto industry and also the only major car part manufacturer country in the region. “The level of skills and education of Iranian people is high, therefore it is to say that all the essentials are gathered together to success.” he added.
“It is now time for the elevation of Iran automotive industry and this country plays an important role regarding the matter. We invest in Iran but this is not a short time plan and requires some time. We need the supports from our governments and we also need to grow trust between the both parties” Quemard said at the end of his talks.