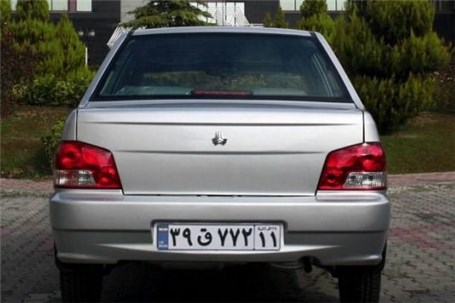 Asre Khodro - Head of Iran's Majlis (parliament) Industries Commission Aziz Akbarian, has said production of the substandard 25-year-old Kia Pride model should be stopped by before the fiscal year is out next March.

Reporting "Asre Khodro", “The Institute of Standards and Industrial Research of Iran (ISIRI) has mandated that the production lines of Pride must shut down by the end of the current calendar year,” Eghtesad Online quoted Akbarian as saying.

Pride was originally developed for Japanese and South Korean markets in the late 1980s. The car was widely sold in the United States as a Ford Festiva in the early 1990s. It entered the Iranian market in 1993 under license from Kia and continues to be a cash cow for the company.

The model, produced by Iran’s second largest automaker SAIPA for more than two decades, was thrust into the limelight when the director of ISIRI publicly criticized the production of the inferior-quality model despite growing calls to ban it.

As per reports by Iran Standard and Quality Inspection Company (ISQI), the national body in charge of inspecting vehicle quality, Pride suffers from low quality and several safety failures. Furthermore, the car never has been able to earn more than one star in the organization’s five-star ranking system.

Akbarian assured that “SAIPA will comply with the mandate, and the production lines of Pride will be halted by the end of the year.”

In response to the growing backlash against the producer, the CEO of SAIPA Mahdi Jamali had maintained that the production of the model will continue “so long as there is demand for the model.”

Earlier this month, ISIRI chief Nayereh Piroozbakht said, “Production of vehicles that fail to comply with the 83 automotive standards will be halted by the end of 2018,” with Pride top on the list.

“ISIRI and Iran’s Automotive Policymaking Council have set new automotive standards and given a two-year ultimatum to automakers to comply with the standards,” she said.

Despite the calls for its production halt, the Pride continues to remain the most popular vehicle sold in the country as it is the cheapest car in the domestic market costing an average 210 million rials ($5,600).

In the first month of the current fiscal year (started March 21), local auto companies produced 68,074 cars, vans, buses and other commercial vehicles, 11,398 units more than in the same period in the previous year.

While no exact figure was given for Pride, however, it made up the majority of vehicle sales for SAIPA.