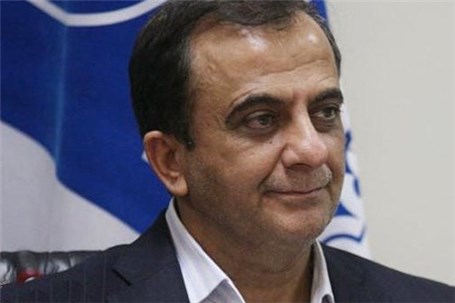 According to IKCO Press, in an address to the Fourth Iran Automotive Industry International Conference (IAIIC), Yekehzare said that the growing age of driving vehicles on the streets gave after-sales service providers further opportunities to offer their services.

“In 2016, there were nearly 9 million vehicles driving on the Iran streets with an age of at least 10 years. This is a considerable potential for car manufacturers in the country to replace the current second-hand vehicles with their products,” he noted.

“IKCO has 14 affiliates in sales sector and 12 other affiliates in after-sales service. With 11 regional offices, 779 outlets, many repair shops on a 300,000 SKM land and 1122 car exhibitions across the country, IKCO has been ranked as the top service providers over the past years,” he added.

Elsewhere in his address, Yekehzare said: “Iran’s automotive industry is expected to reach fifth rank in Asia and 11th rank in the World by car manufacturing. To this end, the company has developed a plan to preserve its stance as Iran’s leading car manufacturer and one of the main brands of the Middle East and North Africa”.

According to Yekehzare, the value of Iran’s market in 2016 amounted to over $34 million “of which $20 billion fell on produced vehicles in Iran and $14 billion on after-sales service.” He estimated that in 2025, Iran’s sales and after-sales service value will reach $39 billion with a 176% growth.

Yekehzare reminded his audience of IAIIC 2016 and said: “Along with four members of BRIC (Brazil, Russia, India and China) there are already 15 developing countries in the world (also known as 15 rising economies) which are getting closer to the developed countries in terms of car sales and production”.

“The 19 countries will take over half of the world’s car sales and production in the near future,” he noted.

“At present, there are about 1.30 billion driving vehicles in the world. It is estimated that in 2025, the number will reach 1.8 billion. Meanwhile, their share of markets is set to increase from 35% to 52%,” he said.

According to Iran’s Automotive Industry Outlook 2025, Iran is set to become the largest regional hub and IKCO as the country’s largest car manufacturer has a high potential to attract foreign partners for cooperation.

He also touched on the overall sales of vehicles in the world and said since 1990, there has been a continuous growth in sales and production of cars in the developed countries.

He predicted that the largest growth is expected to fall the rising economies and said the economies will produced over half of the overall vehicles to be produced in the world in 2025.

“An interesting point is that according to the predictions made so far, the overall revenue of vehicles sales and after-sales service will experience a 45% and 260% increase respectively by 2030. And the establishment of the new sectors including new services through communication technologies have significantly contributed to the growth,” Yekehzare noted.

He went on saying that estimations said more than $5 billion of the $39 billion revenue of Iran’s automotive industry in 2025 will fall on the new services and the development of this sector requires cooperation of all domestic and international companies involved in technology sector.

The President of Iran Khodro also said the car manufacturer is set to sign a consortium agreement with a European company in less than a month to produce engine, excel and gearbox. “An agreement has already been signed between the two sides to design and produce a local platform to transfer the whole technology in the future,” he added.

The Fourth Iran Automotive Industry International Conference is underway in Tehran for two days beginning on February 12th. The conference in Milad Tower is attended by automotive industry’s top management from Iran and other leading countries in this sector.