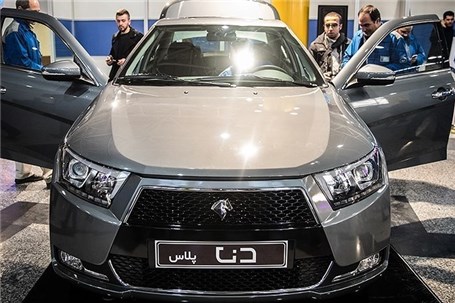 Azeri-IKCO Plant to Open in August

Asre Khodro - The Republic of Azerbaijan and Iran will launch a joint auto manufacturing plant in the Azeri industrial city of Neftchala by August, according to reports from Baku.

Reporting "Asre Khodro", Azerbaijan’s economy continues to reel from low oil revenues at around $50 a barrel that has led to weak purchasing power in the country over the past two years.

Car buying crumbled through 2016 and in the previous year new vehicle sales collapsed with sales of just 5,519 units, according to ART-Tekstil data, Azernews reported.

The deal between Iran Khodro Company (IKCO) and AzEuroCar allows the former to send its auto parts to the northern neighbor in complete knock-down (CKD) form, with the Azeri partner buying the stock outright for production over the border.

The assembly plant was scheduled to open in June but the harsh winter pushed the date to August.

Initially the plant will have a capacity to produce 10,000 cars a year, with AzEuroCar producing the Dena, Runna, Soren and Samand models. Those models are the best selling in Iran.

The initial cost of building the plant is believed to be $15 million. Production of some auto parts will be indigenized to local factories to help boost employment in the neighboring South Caucasus state.

No Azeri company has yet signed as part of the auto parts agreement, the report adds. However, discussions are going on.

Some 20% of the vehicles will be exported to CIS countries boosting IKCO’s brand recognition after years of international sanctions that throttled Iran’s automotive industry.

The cars produced at the plant will meet Euro 5 standard.

As part of the new project, IKCO “will not be liable for the proposed costs of the deal,” however it would provide engineering services to set up a production line, IKCO’s deputy head for export and international affairs, Saeed Tafazzoli, had said in May last year.

Taffazoli noted the Azsamand (Azeri version of IKCO’s Samand model) was among the most popular passenger vehicles in the country in its previous production period.

“Iran Khodro used to export vehicles’ CBU (complete built up) to Azerbaijan,” Tafazzoli had said at the time, adding that given the popular reception of the vehicles in Azerbaijan, IKCO decided to set up an assembly line there.

“With the assembly line, Azerbaijan will turn into IKCO’s export hub in the region.”

IKCO had auto production operations in Azerbaijan in 2007 which ended abruptly in 2011 and after the economic restrictions were tightened.

Lada was the best-selling brand in Azerbaijan in 2016 with 1,797 official sales. Lada’s sales were down 50% but still commanded a 32.6% market share, Best Selling Car blog reported in February.

Hyundai was the second most sold car in the country with 10.9% of the market sales.