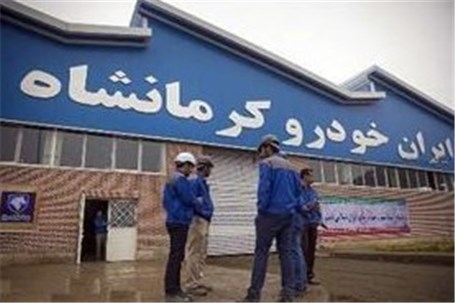 Asre Khodro - the governor expresses, Kermanshah province hosts the first Vice President and ministers of energy, industry and agriculture on Tuesday 3th of Mordad. Automotive project will be started on this trip, (He says).

Reporting "Asre Khodro",  governor of Kermanshah at the meeting of planning and development council which was held in the martyred complex of governor's office on Saturday afternoon, announced that the target of this visit was aimed to start few projects in Kermanshah governorate. He continued such this IKCo branch is willing to be unveiled at the scene, during this trip.
He remarked that this factory was from approvals by the supreme leader of the 1390s which was flourished in the 11th government, especially for the last two years.
This project was set to produce about 100,000 vehicles per year which reduced to 10,000. However on the president trip it was approved to raise it up around 30,000 at the first stage, annually.
Regarding to his remarks the manufacturer has already begun to experimental production 50 days in advance by local potential.
He points that mentioned automaker has attracted more than 60 billion toman (15 million $) investment and there was supposed to be worked on Samand vehicle but Peugeot Pars was replaced.
Immediately after the second stage, the capacity of automobile workplace will increase by 100,000.
And finally this project boosts the parts industry in Kermanshah and will have beneficial effects on the economy of the province.