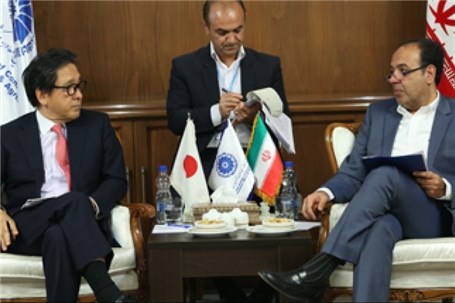 During the meeting, the JETRO chairman referred to the nuclear deal between Iran and world powers, saying that Japan should take advantage of the opportunity to boost bilateral ties with Iran.

Or his part, said that Iranian companies prefer to launch joint ventures with Japanese partners.

He referred to automotive, mining, tourism, petrochemical, and telecommunication industries as the top priorities of Iran to enhance trade with Japan.

Trade between the two countries hovered around $2.5 billion before the imposition of Western-led sanctions against Iran in 2011.