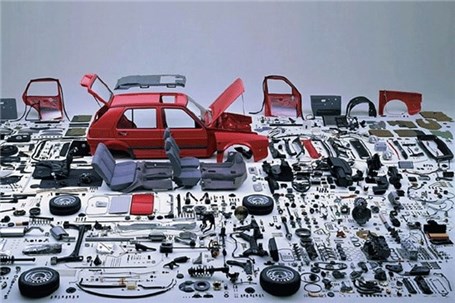 Asre Khodro: The French Vehicle Equipment Industries’ Iran Committee Chairman, Didier Hedin believes that Iran is in the place to produce car for the region which means a great future for auto industry in the country.

Reporting "Asre Khodro", “French Vehicle Equipment Industries is similar to Auto Parts Manufacturers Association (IAPMA). We have cooperation with IAPMA since 20 years,” he said.
“We have three MoUs the last one was signed in November. In those MoUs, we planned to have some information exchange, conference, seminar and so on in order to promote relations between Iranian and foreign auto parts makers”, Hedin added.
He noted, “So for us, the post-sanction era is a new page but this is also the continuation of our actions since 20 years. In fact, I think we can say that we never really quit Iran. We reduced but we never cut. Since one year or two years, our members came with us or alone to Iran to start partnership”.
According to Hedin, most of them are ready right now to create joint venture because the change in Iran is that 20 years ago it was CKD period and now, this is the period Joint Venture. This is a continuation rather than a starting point.
“Our members are global players. We have 120 members such as Valeo, Continental, Bosch, and Magneti Marelli. We have also some Japanese members such as Yazaki. They are working in Europe, North and South America and Asian countries like China, Japan, and Korea”, said the French Vehicle Equipment Industries’ Iran Committee Chairman.
To this, he added, “I am convinced that Iran is in the place to produce car for the region. That means there is a great future for auto industry here”.
He referred to the absence in the international market as the drawback of Iranian auto industry, and said, “It would be target to produce here and to export the car. However, to export the car, they should have, as Mr. Nematzadeh said, the right technology, the right quality, and the right cost. They should be new cars, not Paykan or Pride”.