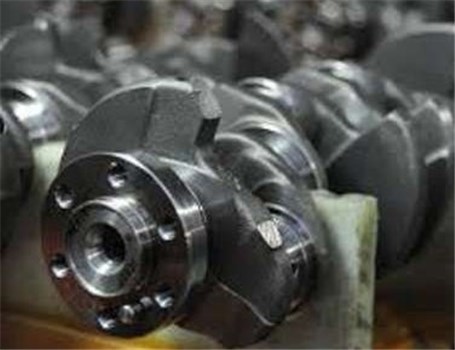 Asre Khodro: In a recent meeting, Turkish auto heavyweights met with the Iran's top car producers and discussed joint projects, renewed cooperation and possible investment. Great for them, but probably not great for the local producers.

Reporting "Asre Khodro", The Turks could pose serious competition to their Iranian counterparts, as international brands have a big presence in their country and they are more technologically advanced.
The situation for auto parts producers becomes even more precarious when one thinks about the billions of rials owed to them by the local car manufacturers. Recent reports showed car producers "did not have the funds to pay back the parts producers," due in part to the lack of liquidity in the market.
The system for paying the parts producers is in lieu of six months, as is the case for many contracts in Iran.
The situation reared its head again in August when Fars News Agency reported that car producers had requested up to $1 billion in loans from the central government, when IKCO's CEO Hashem Yekezare, Minister of Industries, Mining and Trade Mohammad Reza Nematzadeh and members of two parliamentary commissions—industries and economy—met to discuss the latest automotive situation.
At the time, Hamidreza Fouladvand said, "If carmakers receive loans, the same privilege must be granted to other industries so that justice is served."
Fouladvand stressed that automakers will be receiving the loans on condition that they primarily settle their debts to auto parts manufacturers.
In May, Mohammad Baqer Rejal, chairman of the board of directors at Iran's Auto Parts Makers Guild, said data indicate carmakers are in debt to auto parts makers to the tune of 45 trillion rials ($1.3 billion at free market exchange rate).
Parts Makers & Government
"The government of President Hassan Rouhani has attempted to help the parts makers by demanding that at least 60% of parts for new automobiles should be produced domestically within the next three years," Nematzadeh said in December.
The term "assembling" must be removed from the glossary of Iran's auto manufacturing industry, the minister said at the time.
The actual figure, according to some sources, indicate as much as 20% of major parts actually come from local producers, while the rest is imported from cheap sources like China. In the case of Peugeot 206, which has been produced entirely without parts from the French company, some sources estimate that over 50% of those cars parts were produced outside Iran.
Iran Khodro states that a majority of the parts were supplied by local companies.
Although the news was warmly welcomed by auto parts manufacturers, industry observers believe the stance could dissuade foreigners from investing in the sector.
As well intended the minister's remarks were at the time, they had little impact on auto parts producers and their balance sheets. Ultimately, the government does not want to be dragged into the battle between parts makers and carmakers. At the same time, they don't wish to appear siding with any group.

The Future
Auto parts manufacturers continue to face a precarious situation, as they have to deal with unscrupulous purchasing departments in IKCO and Saipa, the latter being more complicit in nearly wiping out local production due to their overwhelming debts from R&D and poor sales.
Another issue which is likely to be waiting down the line, and one in which local parts makers will not be ready for is the change in models nationally. Many of the carmakers have produced the same parts for use in Peugeot 405, IKCO Samand and Saipa Pride.
With the announcement of a slew of new models, these companies are going to struggle to catch up with the likes of the Turks who have been making these parts for years.
Whatever trends occur in the auto parts market over the course of the next six months and through the course of sanctions, local auto parts makers need to prepare for increasing competition by investing in quality upgrades.
Because when financial transactions become easier with foreign auto markets and suppliers, they could rise to the occasion and implement expansion plans.