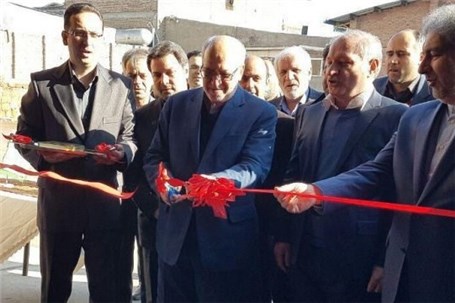 Reporting "Asre Khodro", Auto parts needed for new Peugeots, namely the 208, 2008 Sports Utility Vehicle and 301 sedan will be produced at the new facility in the northwest and is known as Amirnia, ISNA reported.

The parts produced at the plant will be for the new Peugeot cars that will be produced under a joint venture between France's Peugeot and the local Iran Khodro Company – a JV commonly referred to as IKAP.

Amirnia was established in 1990 in Tabriz as a private manufacturer of auto spare parts.

Peugeot-Citroen announced its return to Iran on June 21, signing a €400-million joint venture with IKCO in Tehran.

Previously, it had been reported that the first cars produced under the new venture are set to hit Iranian roads last February, with an annual production target of 200,000 vehicles by 2018.

According to an IKCO press release, Iran Khodro Tabriz Co. recorded 167% year-on-year production boost as it rolled out 80,198 cars in the current fiscal that ends on March.

According to Asghari, IKCO Tabriz has set a production target of more than 120,000 vehicles for the coming fiscal year.