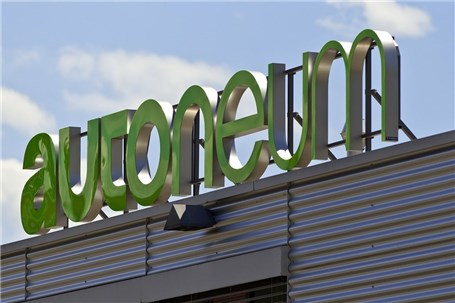 Reporting "Asre Khodro", In the future, Ayegh Khodro Toos will produce carpet systems and inner dashes at its plant in Mashhad (Razavi-Khorasan province) for IKAP, a joint venture between Iran Khodro, the Iranian car manufacturer, and PSA, the French automotive group. The first vehicle equipped with Autoneum components, an SUV, will be launched in early 2019.

In order to offer Autoneum’s customers the sought-after product portfolio in the Iranian automotive growth market, the Company has concluded a license agreement with the Iranian automotive supplier Ayegh Khodro Toos for the production of innovative components for noise and heat protection in vehicles. From the beginning of 2019, Ayegh Khodro Toos will produce carpet systems, inner dashes and floor insulators as well as trunk trims in its Mashhad plant in the northeast of the country for Iran-producing car manufacturers Iran Khodro and PSA. Supplying additional international and local vehicle manufacturers is planned. In cooperation with Autoneum, Ayegh Khodro Toos benefits from the innovative strength and long-standing expertise of the market and technology leader in acoustic and thermal management. The components developed by Autoneum at its research center in Winterthur, Switzerland, make vehicles lighter, quieter and safer and reduce vehicle weight, fuel consumption and CO2 emissions.

Commenting on the signing of the contract, Martin Hirzel, CEO of Autoneum, said: “With 80 million inhabitants and just around 1.5 million vehicles produced annually, Iran is one of the global growth markets and a central automotive hub for the Middle East, Far East and the Caucasus region. In view of the strong sales potential and the need of our international customers for lightweight components for acoustic and thermal management for regional vehicle production, we are convinced that we have found an optimal solution with our license partner Ayegh Khodro Toos. Autoneum’s innovation leadership and the manufacturing expertise of Ayegh Khodro Toos complement each other, ensuring the market-oriented launch of the Autoneum product portfolio in Iran.”

“We are very excited about the partnership with Autoneum and are proud that the market leader in acoustic and thermal management has decided on Ayegh Khodro Toos. Due to our knowledge of the Iranian vehicle market and years of operational expertise, car manufacturers in Iran will now also benefit from the highest product quality”, explained Hossein Yazdanbakhsh, Managing Director of Ayegh Khodro Toos.

About Ayegh Khodro Toos
Ayegh Khodro Toos develops and produces sealants and dampers for the automotive, rail and marine industries. Founded in 1999, the company is the first manufacturer of bituminous magnetic vibration and sound damping pads in Iran. In Mashhad, in northeastern Iran, Ayegh Khodro Toos employs around 80 people. The Company’s customers include the French automobile manufacturers PSA and Renault-Nissan as well as Iran Khodro and other Iranian manufacturers.