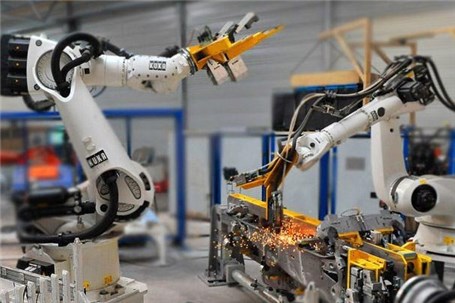 Asre Khodro: It is still too early to talk about the Gestamp’s presence in Iran but the auto part manufacturer always have stated that it wants to be part of Iranian future auto manufacturing, president and CEO of Gestamp said.

Reporting "Asre Khodro", “We are interested in Iran but don’t know what to do. We need to find partners and decide what kind of technologies are the most suitable to the future needs of the Iranian market”, Francisco j. Mera, president & CEO of Gestamp said in an exclusive interview with Khodro Emrooz.
Gestamp is the supplier of global companies like Peugeot-Citroen and Renault.
“We are supplying parts to global companies like Peugeot-Citroen and Renault that they are going to produce in Iran,” Mera said. “So, for us Iran is very important opportunity but it is too early to tell when we are going to do something or with whom we are going to work.” he added.
About the possibility of gestamp’s direct cooperation with Iranian auto part manufacturers, Mera said that the Spanish part maker is going to study the possibility but needs to explore different ways of direct cooperation with independent part makers.
About the signing contract with Iranians he said that Gestamp is a supplier and needs to understand the demands and to discuss. “It’s not something dependent only to us and at this stage there is no contract.“ he added.
Gestamp’s global sales director, Veronica Anzua also answered our question and said that the company is investigating the potentiality of investment in Iran.
“I would like to say that my experience about Iranian people is that they are really helpful. From the training point of view, they have got a very good potentiality and educational background”, she said.
In respect of the position of the country in terms of the neighboring countries, she said, “I think Iran is a very interesting for a company like us because we have expanded worldwide but we are not still in this region”.
“We have been working a lot till now with Iranian suppliers and now we would like to investigate the potential investment with Iran Khodro and Saipa in order to see if we can give them our knowledge about new technologies and invest together” Anzua noted on the prospective of Gestamp’s cooperation with Iran,
She said, “This is the second time we are here. We made the first visit and established first contacts with Iranian companies”.
“We thought this was an interesting opportunity so we decided to come with our CEO this time for further investigation”, she noted.
Discussing Gestamp’s visit to Tehran, the global sales director of the company said, “This is the second time and we come with our heads in order to have contacts with high officials in Iran to see whether we have a common interest to make an investment”.
Gestamp is an international group dedicated to the design, development and manufacture of metal automotive components. The Group specializes in developing innovatively designed products to achieve increasingly safer and lighter vehicles, thereby reducing energy consumption and environmental impact.
The company currently supplies parts to companies like BMW, Daimler, Peugeot, Renault, Nissan, Honda, Toyota and even automakers such as fiat-Chrysler, general motors and ford.
Gestamp was founded in 1997 with the goal of being a global supplier with a focus on technology. Since that time, Gestamp has grown steadily, progressively adding new products and technologies. This has made us leaders in the design and manufacture of automotive components and one of the leading manufacturers in the automotive industry worldwide.