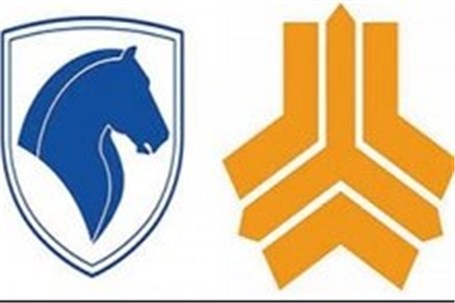 Reporting "Asre Khodro", IKCO's CEO Hashem Yekezare, Minister of Industries, Mining and Trade Mohammad Reza Nematzadeh and members of two parliamentary commissions—industries and economic—met last week to discuss the latest automotive developments, Fars News Agency reported.
According to Hamidreza Fouladvand, the possibility of providing loans to the country's two largest auto manufacturers was discussed during the meeting.
"If carmakers receive loans," he said, "the same privilege must be granted to other industries so that justice is served."
Fouladvand stressed that automakers will be receiving the loans on condition that they primarily settle their debts to auto part manufacturers.
In May, Mohammad Baqer Rejal, chairman of the board of directors at Iran's Auto Part Makers Guild, said data indicate carmakers are in debt to auto part makers to the tune of 45 trillion rials ($1.3 billion at free market exchange rate).
The auto part makers are finding it impossible to deal with the financial pressure.
According to local auto news website Asre Khodro, Iran's second largest carmaker, Saipa, has failed to pay its debt to auto part manufacturers and is in arrears by over five months. Contracts signed between carmakers and auto part manufacturers stipulate that buyers must pay for parts within three months.
The issue of providing loans to auto manufacturers had first been raised in a meeting between the parliament's commissions with Central Bank of Iran officials.
Undesirable Status Quo
The indebtedness makes little sense because the two carmakers have priced their cars three times more than their production costs and take prepayments from customers.
Most experts blame the undesirable status quo in the domestic car manufacturing industry on poor management and poorer accountability.
Fouladvand noted that the matter is currently being investigated by the CBI and negotiations are in final stages.
"A hike in car prices is unlikely, unless customers are offered exceptional services or carmakers improve vehicle quality," he said.
Iran's auto market has recently been hit by complete stagnation, as many potential customers have joined a grassroots campaign refusing to purchase the overpriced and poor-quality domestic vehicles.
Despite customers' dissatisfaction, domestic car manufacturers remain oblivious to the changing circumstances and want to hike car prices.
Unfortunately, they have been able to get away with such unreasonable demands in the past, because imports are slapped with high tariffs and the domestic car industry is monopolized by IKCO and Saipa.

Objection
Secretary of Iran Vehicle Manufacturers Association Ahmad Nematbakhsh argues that the debt "is not that much".
If that's the case, why is the loan amount sought by the two manufacturers hefty?
Ali Alilou, a member of Majlis Industries Commission, was one of the very first to raise his voice in objection.
According to the lawmaker, the loans discussed are to the tune of 40 trillion rials ($1 billion at market exchange rate), with Saipa and IKCO each receiving half the amount, Fars News Agency reported.
Alilou said auto manufacturers have strong lobbies in the parliament and the Ministry of Industries, Mining and Trade, which manage to coax the officials and help them take out another hefty loan.
While most industries are suffering from lack of working capital and are on the brink of bankruptcy, banks claim that they do not have the resources to help.
"Providing a loan to the auto sector in this backdrop is a grave injustice to other smaller industries," he said.
Alilou noted that it would be a mistake to provide loans to industries that only incur losses, especially since the automakers have failed to pay back their previous loans.
"In these conditions, providing loans to the auto industry is nothing but falling into a vicious circle," he said.