Chery's luxury brand will soon be on the market

Asre Khodro- The Frankfurt Motor Show, the world's most prestigious auto show, saw an event in the automotive industry in China in the summer of 2017, which surprised everyone, Chery as the largest car exporter from China and one of the country's largest car manufacturers. Introducing its brand new luxury, exceed, to compete with high-end premium cars 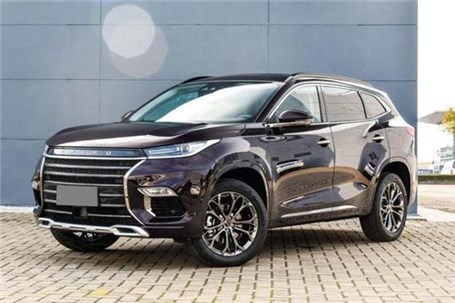 Reporting "Asre Khodro",exceed is the result of massive investments in R & D, the creation of research centers in Frankfurt, and the technology center in the United States. On the other hand, Chery's joint venture agreement with the Jaguar-Lindbergh brand of luxury brand has also shown its effects well in exceed. Is
The latest technology of the day and the design method in exceed have been used to introduce a product that can meet the stringent US and European market standards and enter these markets
Originally, the exceed can be called the Chery Company as one of the fast-moving, fast-moving brands that could produce a complete, luxurious and modern car
This elegant SUV is the first product of the exceed brand, which the Chery Concept has introduced in its upcoming chassis models at prestigious exhibitions as an oxide coupe, which is an advanced electric car that can compete with Japanese and European luxury cars
The exceed can be called Chery bold entry and the company's new strategy to enter the high-end luxury car market, so that we will soon see the luxury and quality cars of these brands around the world, something that happened very quickly and It may sound a bit difficult, but it will be quick.