The mighty returns of Haval by Bahman Group

Asrekhodro- On the margin of the 2nd Tehran Motor Show, the Bahman Automobile unveiled its new brand at the ceremony.The company is expected to localize Haval products in Iran, including H2, H6 and H9. 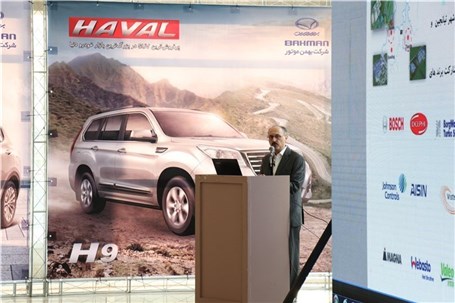 Reporting "Asre Khodro", Mohammad Zarabian, a member of the board directors of Bahman Group, expressed to the news conference which was held for this particular reason, saying that the company was funded in 1331 and reached the Tehran Stock Exchange in 1992 and continued: During this time we’ve had some significant improvements In production, and we are able to manufacture 110,000 cars at the moment .

Bahman Company has produced 400,000 pickups and 70,000 passenger cars so far which includes a good share in the Iranian market.

The Bahman group denied, the negotiating with Nissan Bahman Group on the top of the commercial vehicles market of the country
Back to top