Asre Khodro: EghtesadOnline: In the last fiscal year (ended March 20, 2019), a total of 955,923 cars and commercial vehicles were produced in Iran, indicating a 37.8% year-on-year decline. 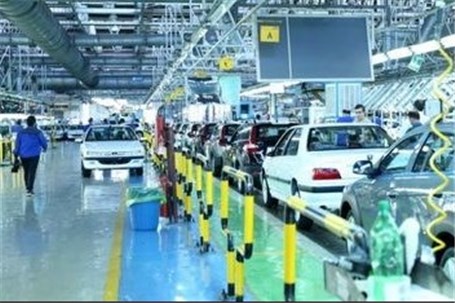 The daily average car production in Iran dropped to 2,443 from 3,952 YOY. The number of commercial vehicles rolling out of Iranian factories per day also dipped to 175 from 255 in the previous year, Financial Tribune reported.

In the fiscal 2018-19, the country’s leading automotive company Iran Khodro (IKCO) manufactured 425,824 cars and commercial vehicles, recording a 40.3% fall in production while the firm's arch-rival SAIPA reported a 37% YOY decline in output by churning out 420,324 vehicles.

IKCO’s daily output plummeted to 1,116 from 1,953 a year earlier. This is while SAIPA produced 1,151 cars per day, significantly lower than the 1,826 units of the previous year.

In the month ending March 20, IKCO manufactured 38,556 vehicles, 34.1% lower than the 58,508 units made during the corresponding period of the previous year.

SAIPA also fared poorly during the month under review, by producing 39,239 cars and commercial vehicles, and observing a 36% drop.

The US unilateral sanctions and pressures on foreign auto partners to end their cooperation with Iran have taken a toll on the key sector.

The economy is facing major challenges, not the least of which is growing US hostility loaded with a variety of restrictions on Iran’s oil, banking, insurance and transportation sectors.

The national currency went into freefall over the past few months and has lost 60% of its value. This has had a major negative impact on the domestic auto companies’ ability to import spare parts and raw materials.

An earlier report released by Organisation Internationale des Constructeurs d’Automobiles shows that Iran’s automotive output suffered its sharpest year-on-year decline in 2018 since the onset of the 21st century.

The domestic industry had a bad year in 2012 when car output dropped 39%. However, 2018 was the worst year for the key industry in recent memory. Most market observers and analysts worry that 2019 could be worse.