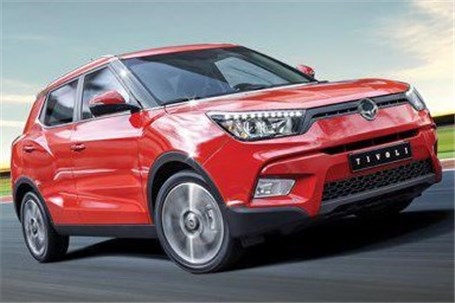 Reporting"Asre Khodro ",Ali Azizi, the head of the official retailer of the South Korean SsangYong Motor in Iran, said SsangYong would open its first car manufacturing factory in Iran, according to Akhbar Khodro news agency.

Noting that the new facility is under construction now, he added that the factory is expected to come on stream in February 2019.
Azizi further said that several models of Tivoli cars will be introduced to Iran’s market by mid-February.

Ramak Khodro has a deal with the South Korean automaker SsangYong and currently assembles Tivoli and Korando in Iran.
The South Korean company is trying to gain a foothold in Iran’s market at a time when foreign firms are leaving the country due to the threat of impending US sanctions.

US President Donald Trump announced on May 8 that Washington was walking away from the nuclear agreement, officially known as the Joint Comprehensive Plan of Action (JCPOA), which was reached in 2015 between Iran and the five permanent members of the UN Security Council - the United States, Britain, France, Russia and China - plus Germany.
Trump also said he would reinstate US nuclear sanctions on Iran and impose "the highest level" of economic bans on the Islamic Republic.

Ramak Khodro, won the Ssang Yong award
Back to top