Asre Khodro - The Khazar joint automobile plant of Azerbaijan and Iran, located in the Neftchala industrial park, has launched production of the first cars. 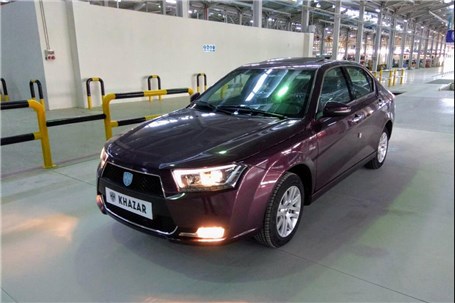 Reporting "Asre Khodro", Production of Dena, Rana, Soren and Samand brands, as well as a number of Peugeot models is established at the plant. The annual capacity of the plant will be about 10,000 cars. In the future, it is planned to deliver cars to Ukraine, Russia and the countries of Central Asia.

Iran Khodro and Azerbaijan’s AzEuroCar LLC (a subsidiary of AzerMash) signed an agreement on the establishment of a joint automobile plant in the Neftchala industrial park in on Aug.6, 2016. The total cost of the project is estimated at 24 million manats. The Azerbaijani side made 75 percent of investments in the plant, and 25 percent - the Iranian side.