Asre Khodro - I ranian parts makers will collaborate with PSA Group on the production of vehicles under Peugeot brand in Algeria, the French automotive giant’s executive vice-president and purchasing director said at a meeting with suppliers in Tehran on Tuesday. 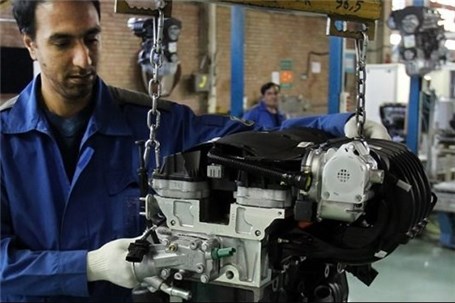 Reporting "Asre Khodro" , Parts can be manufactured in Iran and exported to Algeria, or Iranian suppliers can set up production facilities in the North African country,” Yannick Bézard was quoted as saying by Iran Khodro Press.

As per the deal, Peugeot agreed that at least 40% of the parts used in vehicles produced by IKAP would be manufactured in Iran. The French company has also agreed to export 30% of cars and/or auto parts made under the JV through its global sales network.

According to Bézard, Iranian suppliers working with IKAP are capable of producing parts with satisfactory quality. “Therefore, they have been integrated into Peugeot’s global supply chain and will contribute to the production of Peugeot cars in Algeria.”

The auto parts are to be used at Peugeot’s production plant in the western Algerian city of Oran. The plant is part of a joint venture between Peugeot and three Algerian partners, Condor Electronics, Palpa Pro and Entreprise Nationale de Production de Machines-Outils. The factory will be up and running in 2019 with operations gradually starting this year.

Bézard added, “IKAP suppliers are the crème de la crème of Iranian parts makers. Their merchandise can be sold by Peugeot in different markets.”

Three Peugeot models namely the super-mini 208, 2008 sports utility vehicle and 301 compact are to be produced by IKAP.

IKAP officially inaugurated production lines of Peugeot 2008 in May. The deputy minister of industries Mohsen Salehinia says that so far 1,000 units of the model have been produced.