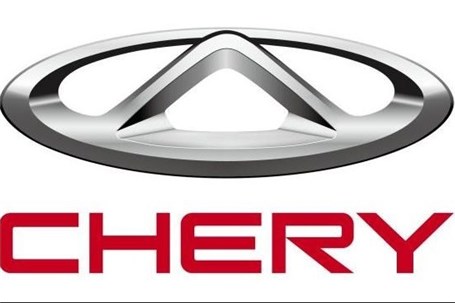 Asre Khodro - Since its entry into the international market in 2001, after 15 years of market operations, Chery has been trusted and supported by over 1.1 million overseas consumers for its outstanding products and services.

Reporting "Asre Khodro",  In 2016, with the concept of “technology, quality and concentration”, Chery further perfected its product layout and services, implemented an innovative marketing mode and improved its management level, which laid a solid foundation to take root in the international market and become a globally competitive auto brand. In 2016, Chery exported 88,081 units, ranking first in China for the 14th consecutive year.

Despite dramatic changes and intense competition in the international market, Chery achieved fruitful results in the international market through its strong brand power, product power and service power in 2016. In Iran, Chery became the largest foreign automaker with a cumulative output and sales volume of over 200,000 units; in Egypt, Chery joined hands with two local auto groups (GB Auto and AF Auto) to make it the fifth-largest auto seller in the Egyptian passenger vehicle market and increase its market share to 5.7 percent; in Tunisia, Chery joined hands with STA to initiate its brand operations by launching six star models. With the deep implementation of its globalization strategy, Chery has shifted its overseas operations from product export to local market development, gradually becoming a Chinese brand trusted by overseas consumers and a mobile symbol of China’s auto industry abroad.

Based on its young and trendy brand image, Chery conducted a series of online and offline campaigns according to local conditions to further accelerate brand image building. Chery placed a video advertisement featuring its brand image and latest products at the Dubai International Airport; placed a Tiggo 5 advertisement on FOX Sports Argentina; and placed a brand and product advertisement on Saudi Arabia’s renowned radio station-UFM. Intensive online advertising boosted the brand popularity and power of Chery in overseas markets. Offline, Chery conducted worldwide sports marketing: in Iran, Chery became the exclusive official automobile sponsor for the Iranian Olympic Committee, and invited Iranian Olympic champions as endorsers; in Egypt, Chery sponsored the Egyptian Premier League and the FIFA Confederations Cup; in South America, Chery sponsored the Chilean National Football Team and the Argentinean national derby in 2016. By combining the fighting spirit of sports with Chery’s young and trendy brand image, Chery brand made its way into the hearts of all sport-loving consumers in the world.

In social responsibility, with the aim of creating value for the country and society, Chery fully supported local governments and locals in education and social rescue. After a 7.8-magnitude devastating earthquake hit Ecuador in April 2016, Chery provided timely emergency rescue services to victims, including vehicles, supplies and personnel transfer; in November 2016, Chery forged longstanding partnerships with Chile’s San Joaquin College and Jose Miguel College in support of Chile’s educational development.

A series of brand campaigns constantly enhanced the brand power of Chery and earned Chery a good international reputation. In February 2016, Chery won the first place of the “Digital Marketing Excellence Awards” in Iran; in April, Chery was named “Chinese Model Enterprise in Export Quality Safety” to become one of the first automakers winning this honor; in May, Chery was honored as “Enterprise with the Best Overseas Strategy in 2015″; in October, Chery won the “Best Overseas Image Enterprise Award” once again as the highest-ranking equipment manufacturer, to become a Chinese model enterprise shifting its operation mode from “going out” to “going in” for development.

2016 is the first year of Chery globalization 2.0. In the year, Chery built outstanding products with tremendous technology and R&D strength, launched several new products abroad, and was highly recognized by the international market. As Chery’s first global strategic model, Arrizo 5 achieved sales of nearly 130,000 units within only ten months after its launch to become a leading model in the car market. To date it has been launched in countries and markets such as Iran, Central and South America, and the Middle East. It has been favored by overseas consumers for its dynamic appearance and the flexible driving experience it offers, and was named “the Best Model in Iranian Segment A” by Iran’s most influential auto media outlet Donyaye khodo in November, showing its outstanding quality to the world.

Chery’s other models also performed strongly in overseas markets. In April 2016, New QQ achieved the highest double-A rating in Brazil by its outstanding energy conservation and environmental performance; in June, Tiggo 3 was honored as the “Bestselling Model of the Year 2015″ in Peru; in October, Tiggo 5 registered sales of over 10,000 units at the first anniversary of its launch in Iran.

Chery models have covered all segments abroad, forming an Arrizo-based car group and a Tiggo-based SUV group. In 2017, Chery will launch other new models like Tiggo 2 and Tiggo 7 to offer overseas consumers a higher product experience.

To date, Chery has delivered quality vehicles to over five million consumers across the world, earning high recognition from consumers and media. In 2017, Chery will stick to its globalization strategy, pay attention to brand building, integrate superior resources from all sides, and constantly enhance its brand value through innovative marketing and product and network structure optimization, in a bid to become a globally competitive international auto brand.